Parkinson’s disease is a progressive neurodegenerative disorder that affects many aspects of a person’s life.  The disease process degenerates individual’s ability to walk, speak, write, and dress secondary to a decreased amplitude of movement. Slowness of movement, weakness, and rigidity are also common side effects of this disease process. We know what Parkinson’s does to the body but do we know what causes this life-altering disease process? In this article, we will discuss some of the theories that scientists have developed.

What is Parkinson’s disease?

In the area of the brain called the substantia nigra which is housed in the basal ganglia, cells that make dopamine begin to die. Dopamine is a neurotransmitter – a chemical released by brain cells or neurons which facilitates messages between two cells. When the cells that create this messenger chemical begin to die the result is a decrease in movement (speech, gait, dressing, writing) and cognition. The dopamine levels progressively drop in individuals with Parkinson’s disease, so their symptoms become gradually more severe.

What causes this to happen?

No one knows what triggers the death of these cells. Scientists believe that there are a variety of factors that play a role in the development of this disease process. Genetics is believed to play a small role in the development of Parkinson’s disease – if your parent, brother, or sister have the disease, this raises the likelihood that you could get it. Environmental factors also play a major role according to research. Exposure to certain chemicals such as Agent Orange, which was utilized in the Vietnam War, or contact with chemicals utilized in farming and at factories have been shown as causes for Parkinson’s disease.

What raises your risk for the disease?

While there are still many questions to be answered about the causes of the disease, there are a few risk factors:

Although there is little to know about the causes of Parkinson’s disease, there is a wealth of research on how to fight the disease process on a daily basis. We at Sage Rehabilitation Hospital and Outpatient Services want to help you regain your strength and mobility following your diagnosis. Contact us today to schedule a Program Consultation and begin the road to recovery!

For referrals or an on-site evaluation, please call the Admission Office at 225-906-4097

Medicare, Medicaid, Managed Care, other managed cared plans, as well as most commercial insurances are accepted. Please call for verification of acceptance. 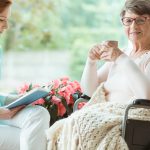 What Is LSVT LOUD®?Parkinson's Disease 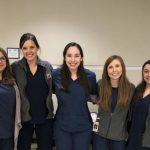